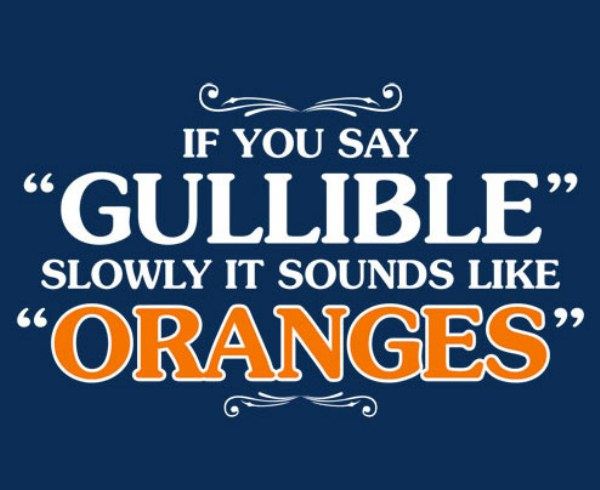 When I was 25, my training partner and I pushed each other to the brink every single run.

I hated running with him.  Before every run, I had to gather the courage up to face the pain that was coming.

The only thing I hated worse was losing to him.

We were best friends 99% of the time…at home stealing our other roommate’s Easter candy, at the bars *not* meeting girls, flirting with the really cute manager at Hemingway’s (who later was fired for stealing), driving to Panama City Beach for Spring Break and discovering the girl I picked up in Indiana was certifiably insane.  Her online dating photo was totally misleading so that should have been my first clue. 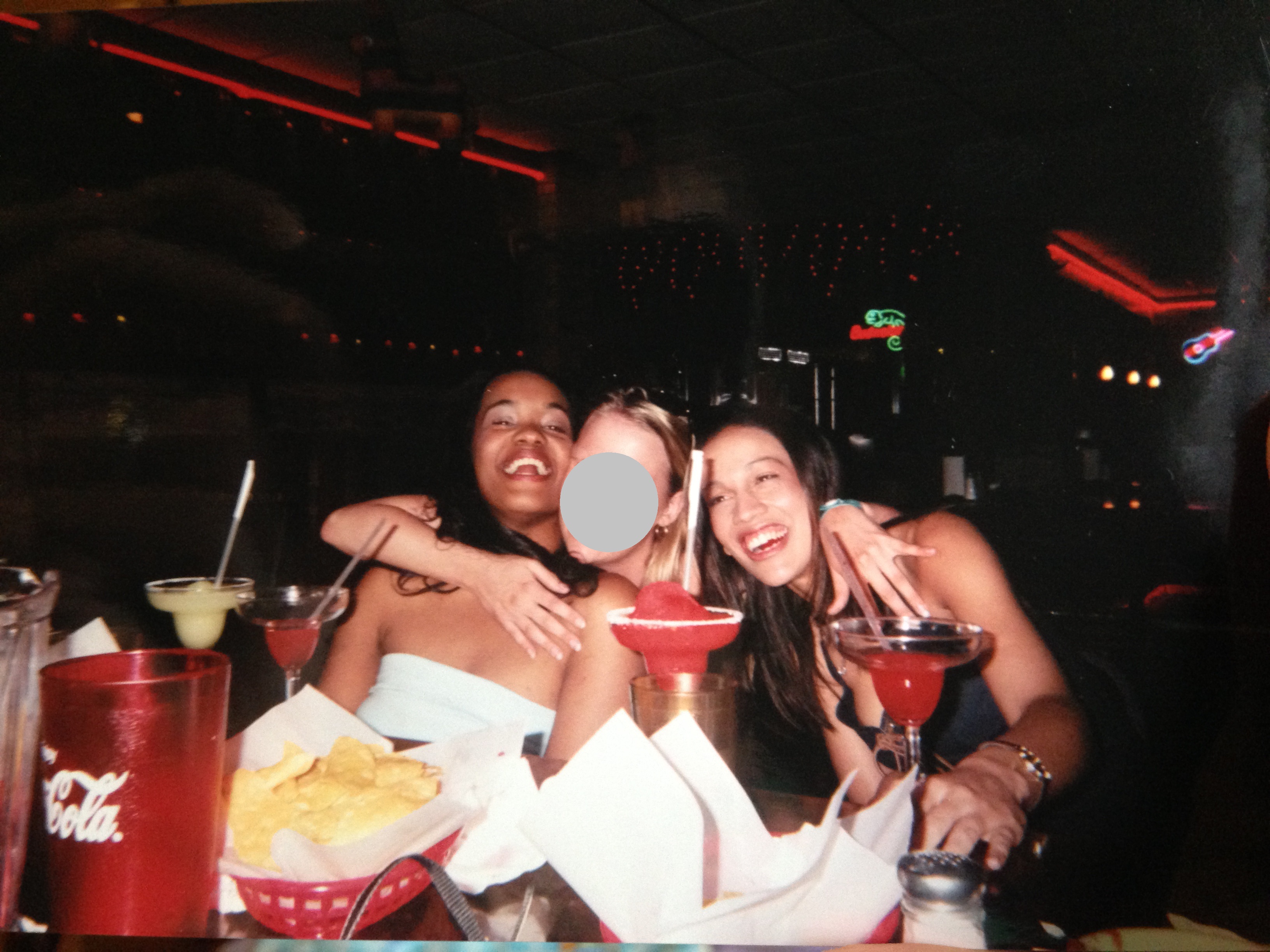 One second she was laughing.  The next second she was crying inconsolably and convincing these two girls we were abusing her.  I think the technical term for this is hot mess.

On race day, though, it was all business.

When his shoe came untied at the Rockin’ Ribs 5K you can bet I accelerated, put him out of the race, and took the cheap win.  At the Bradleyville 5k, before the Kenyans discovered they could jog for a win and a $500 payday, he and I led at the end and I felt amazing.  You know I talked trash when I blazed by him and took the big check.  When he finally discovered I had a great kick but the mental strength of a comatose three year old, he learned to push the pace early and drop me.  I never beat him again.

Then I dated his ex-fiancee.  While we lived in the same house.

Maybe the past eleven years of injury is Karma saying, “how do you like me now?”

Those training days were punishing and here’s what a typical run looked like:

This happened about four to five times a week.  Or basically every time I ran.

On one hand, it worked.  I ran a 16 minute flat 5K in less than a year.  Shortly after that, I also took up triathlon because running stopped being fun.

How much I’d give to go back and train right!  I’d love to see what my potential was.

Of course if I tried the run hard every day method now I’d hurt myself in less than a week.  Or poop out my appendix.  This method is only something young people can get away with.  Their bodies recover so much faster, which leads to the point of this entire post.

If you don’t know this fact, imprint it into your memory now: Getting faster doesn’t come from the workout.

It comes while you are sleeping.  If recovery is impaired with bad sleep or bad food (or other) the body will not build back as strong.

I have a secret.  It will change your running.

The easiest way to get better recovery is to make sure you are getting all the right vitamins and minerals.  And the bulk of those nutrients come in fruits and veggies.

But if it’s common knowledge and you want to get faster, why are we all so bad at it?

I had a cinnamon roll for lunch every day my senior year of high school.  And then a dozen donuts every Sunday morning with a quart of egg nog.  Followed by six hours of profanity-laden basketball with sweet Mormon neighbors on one side of us and an 80 year-old couple on the other.

My parents were so embarrassed.

Part of the problem is something you probably do NOT know.

The daily values for vitamins and minerals listed on the back of a vitamin container is only enough to prevent illness.  That is, it’s just enough to make sure you don’t get sick.

We should eat more than the RDA for some vitamins and minerals.  That is, if we want to live longer and perform better.

The trick is making sure you don’t get too much.

Everything will hurt you in a high enough quantity.  You can’t breathe 100% oxygen.  Four gallons of water in an afternoon will dilute your electrolytes and probably kill you.  Massive doses of Vitamin E can make you bleed profusely.

I’m probably the most gullible person on the planet.  Maybe tied with my co-worker.

At work the other day, she told us a story from her first week of college.  A homeless man asked her for money as she exited a grocery store.  To her credit, she said she wasn’t comfortable with that but she would buy him some food.  He countered with a request for black spray paint and bug spray with DEET.  So he could paint his tent and keep the bugs off, of course.

She happily bought him the cans and later told her boyfriend the story.  To which he replied, “so you basically bought him Huffing supplies!”

We all had a laugh about that.

Then I told them about a homeless guy I met in my first week of college in Seattle.  He asked for $40.  I said I would lend him $40 if he mailed it back to me when he got a chance.  So we walked half a mile to an ATM and I gave him his address. 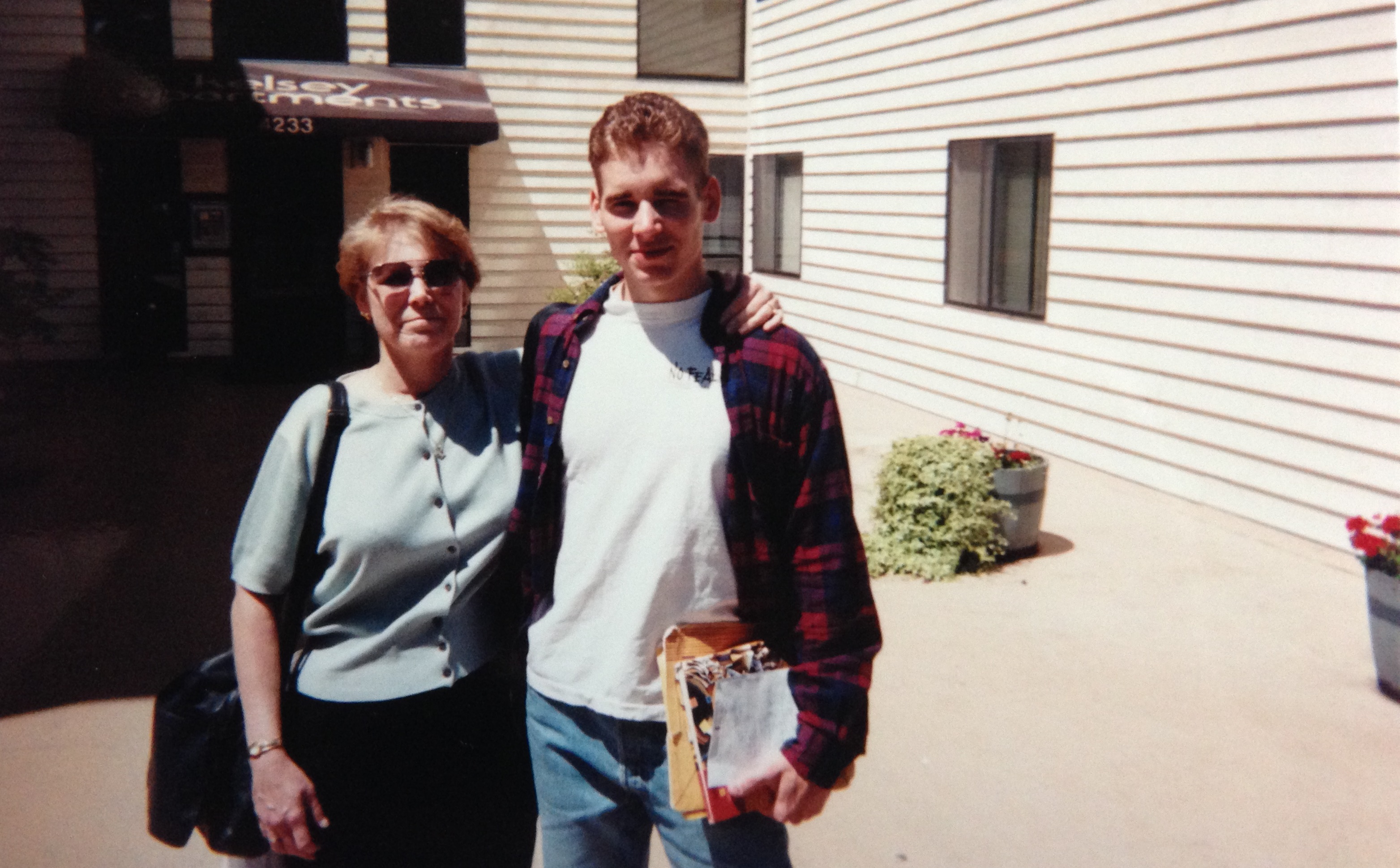 Tip for homeless people: ask guys who look like this for money. (Woman pictured not homeless)

Either it got lost in the mail sometime between 1994 and today or I am indeed more gullible than my co-worker.

The point of that story is that I’m just as confused as a lot of you out there.  It’s hard to know which homeless guy to trust, but it’s near impossible to know which expert to believe about nutrition advice.

Everyone seems to be selling something.  And there’s always a new study coming out contradicting what came out last month.

Even the group that should be the most reputable, the ADA (American Dietetics Association – which now calls itself the Academy of Nutrition & Dietetics), is sponsored by Coke and Pepsi!

Can you say conflict of interest?

I found someone I do trust for my nutrition advice.

Rhonda Patrick is a biomedical science PhD who makes great videos about nutrition.

I like Rhonda not only because she’s a researcher who has put out a lot of papers and worked with respected people in the industry.  I like her because she’s a content creator and her content is funded by people like you and me through Patreon.  Patreon is basically an online donation site to support people who create.  I think this removes some of those conflicts of interest.

She has quite a few really good educational videos out, and while some of them go against what I thought to be true (she argues strongly for vitamins), I am always happy to change my mind if presented good evidence.  I’ll say that her videos are wordy and technical at times.  But they’re generally pretty short.

Above is a great video rebuttal she posted to the famous study in the Annals of Internal Medicine that suggested doctors stop recommending a multivitamin to their patients.

I follow her on Twitter and ran across her power smoothie recipe earlier this year.  I even joined Patreon and am now contributing $1 per month to her for more videos.  Score another win for the Internet!

After watching her smoothie video, I thought I had the solution to my own nutrition questions, a “super smoothie” every morning for breakfast.

My kids love smoothies.  Although aren’t huge fans of leafy greens, it turns out they don’t care if they can’t see them.

The thought was to get a ton of nutrients early in the day so we could have Pizza or whatever for dinner.  How could it go wrong?

As the week started off, I felt great.  My runs were going really well.

I often have a couple of hard boiled eggs for breakfast and noticed on smoothie days that I started getting hungry earlier in the day.  But my energy and mood was still great.

Then at day four I started having diarrhea six times a day, which was slightly impractical.  Also very expensive on toilet paper.

Maybe it was a bit too much fiber all at once?  Maybe I also shouldn’t have drank the kids’ leftovers each day either.  (It’s a dad thing)

We now have super smoothies a couple of times a week.  My guts are happy and everyone gets more fruits and veggies than we would otherwise.  Maybe there is something to this whole moderation thing?

If you’re looking for a tasty smoothie recipe or are just really constipated, use mine!

Disclaimer: My smoothie, which serves me and three kids for ~870 calories total, is pretty high in sugar.

I also have a concern that we aren’t getting a few other Vitamins, such as Magnesium and Vitamin K, which half of Americans don’t get enough of.  The plan is to tweak the recipe by adding some Kale or Collard greens.

Rhonda recommends an Avocado in smoothies for Vitamin E (60% of Americans deficient), Potassium (97% deficient) and for a creamier texture but my kids did not like the taste.

Last, she sometimes adds protein powder to keep from getting hungry before lunch.  I am definitely going to be experimenting more with this because I am eating way too many Clif Bars.

A word of warning, though.  Do your colon a favor.  Introduce super smoothies gradually.

So where does this leave us?

1) YOU NEED TO GET TESTED TO FIND YOUR DEFICIENCIES.  If you have health insurance, this should be free.  Ask your doctor to order you a full blood workup.

I recommend getting tested at least once a year.  There are new services coming soon that will allow you do it quickly and easily from a pharmacy without doctor’s orders more frequently.

My doctor recommended a Vitamin D supplement right away

2) A good second step would be to get your DNA sequenced and review the report to back up what the blood work showed.  For example, if your blood work shows you are low on Vitamin D, like me, and your report shows that you genetically don’t convert Vitamin D in the blood to the active version, then you probably want to supplement (like my doctor suggested).

I used the company 23andme to get my DNA sequenced.  It was cheap and really valuable.

From my 23andme genetics report. Gene CYP2R1 does not convert Vitamin D in my blood to the active version

My next post will detail all the steps in getting your DNA sequenced and then how to interpret it along with your blood work results.

It will be extremely actionable.  Do yourself a favor and contact your doctor today.  Get your blood work ordered so we can do this together!

I love all of the comments on the blog and facebook posts.  Please keep them coming and feel free to share this with friends.

2 thoughts on “The Most Gullible Person In The World?”